MADE IN THE USA! The new generation of fluid bed sluices is here - the Grizzly Gold Trap Sluice 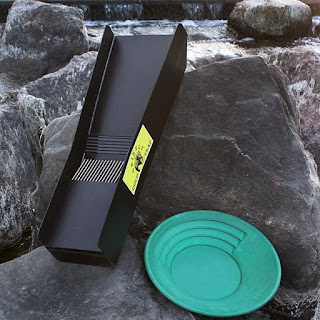 
Starting Friday, March 30 at 10 p.m. ET/PT on Discovery Channel, the returning captains will be back aboard their vessels in Nome, Alaska — but they’ve got company. Ken Kerr and Dave Young, owners of 600-ton Superdredge the “Myrtle Irene” just showed up, and they’re determined to become the kings of the Bering Sea. The new duo will have to get past “Mr. Gold” Shawn Pomrenke and his mighty “Christine Rose” to take that title.
This summer mining season will bring the highest gold totals in series history, Discovery promises. We just need to know who wins.
It almost surely won’t be Captain Kris Kelly, who has set his sights on taking over The Bluff with his newer, smaller, amphibious dredge the “Reaper.” His plans are threatened by a slew of encroaching miners in The Bluff’s now lawless waters. Plus, you know, he and his family are insane......
Read original story ‘Bering Sea Gold': New Season on Discovery Promises ‘The Most Gold Ever’ (Exclusive Video) At TheWrap
Posted by Harrigan at 1:08 PM No comments:


This season, Shawn Pomrenke struggles to hold together his family's flourishing mining empire. Staking their future on 10,000 acres of property thought to contain a quarter-billion dollars in gold, closing the deal requires a $3 million down payment. To finance the transaction, Shawn returns to the Bluff, a remote location 100 miles east of Nome. With the family's future and his reputation on the line, Shawn needs a big payout. Anything less and the entire empire could come tumbling down.

Meanwhile, Zeke Tenhoff continues his alliance with former flame Emily Riedel. The pair heads 26 miles off shore to Sledge Island, a mysterious, deserted, volcanic formation fabled to have mounds of gold in its unexplored waters. If the duo can make it across the open ocean in their tiny dredge and manage to find gold, they'll be at the top of Nome's new gold game.

After five years of scheming and scamming, most of Nome harbors a severe distrust of the Kelly family, making it difficult for them to get access to good mining ground. This season, Kris has been elevated to captain, with the hope of turning things around, pulling his family's finances - and reputation - out of the gutter. This summer, he'll make sure everything works, including his dad and brother but with bridges burned, options are running out for the Kellys. If Kris can't learn to overcome the odds by legitimate means, it could sink his mining ambitions for good.

Nome newcomer - George Young -hopes to create his own gold mining enterprise and get out from under his older brother's shadow. An avid outdoors-man, diver, sport shooter, skier and passionate adventurer, George is clearly undeterred by the pick-up truck accident that left him paralyzed from the waist down. In debt from buying and outfitting the dredge, he sets his sights high from deep in the hole. Like so many before him, George thinks he has what it takes to hit a golden payday. He just hopes that unlike all those others, he's right.

“It’s no longer like a hobby for most of us. It’s become an obsession,” Illinski said. “It gives you a rush to know that people have been digging gold for 200 years and you found a piece they missed.”

“We worry that the federal government is going to come and say you can no longer use the land for these lands for that kind of thing,” he said. “That scares me more than anything — that all of sudden the land we pay taxes on, that belongs to us, will be taken away.”

....read more at link above

A treasure trove of Gold Rush-era images, documents and events comes to the Merced County Courthouse Museum beginning March 17.
“Gold Fever! The Untold Stories of California’s Gold Rush” is a traveling exhibit that will run through May 8 in Merced, museum officials said in a news release.
At the exhibit opening, Merced author and educator Eugene Hart will give a PowerPoint presentation titled “A Gold Seeker on the Merced River in 1849.”
The exhibit examines California before the discovery of gold in the American River, from the frenzied rush to the gold fields, and the experience of vigilante justice, to life in the rowdy gold camps, Gold Rush-era commerce and farming, and the shaping of California’s future.
The exhibition spotlights the remarkable stories of gold seekers who emigrated from all parts of the world during the tumultuous and colorful Gold Rush era, and examines the impact James Marshall’s discovery continues to have on all of California’s people, cultures, environment, politics and economy. 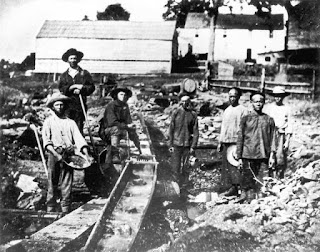 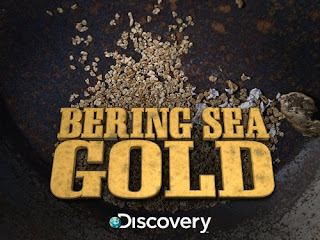 In Season 6, no one takes bigger risks than the Pomrenke family. Shawn, a.k.a. Mr. Gold, ventures 100 miles to an unproven claim at "The Bluff" while his father sinks the family fortune into a new inland mining operation. Meanwhile, despite owning her own dredge, The Eroica, Emily Riedel has trouble scrounging up a crew. Her former flame Zeke Tenhoff would rather mine for a large corporation than spend one more season on the water with Emily.

On the Reaper, Brad Kelly has big plans to strike it rich by purchasing 40 acres of off-shore claims, but first needs to convince his sons to bury the hatchet and rejoin the family business.

Meanwhile, Vernon Adkison feels pressure from investors when he struggles to find a ship to launch his "golden seahorse," and veteran miner Derek McLarty spends every penny he has to join the ranks as captain of his own brand new, guitar-shaped dredge: the High Noon.


LOS ANGELES — The General Mining Law of 1872 promised Americans who went west that whatever gold or other precious minerals they found would be theirs for the keeping — the main driver of the California Gold Rush that fueled the nation’s great westward expansion.
Almost 150 years later, gold miners in the west, who now prospect mostly as a hobby, are invoking the same law to sue states over moratoriums on the use of suction dredge mining equipment.
Driven by environmental concerns that these motorized vacuums disrupt salmon habitat and affect water quality, California banned the practice in 2009. Oregon will do the same starting Jan. 1, 2016.
Miners are suing both states, arguing that their moratoriums on suction dredges to sift through gravel for specks of gold violate the federal mining law.
“It alleges that the state lacks power to prohibit mining on federal lands,” said James Buchal, a Portland, Oregon, lawyer who represents a consortium of gold miners in the lawsuits.
Miners scored a victory in California earlier this year when lower courts ruled in their favor, sending the case to the state Supreme Court, which has agreed to hear it.
follow link above to read more
Posted by Harrigan at 10:30 AM 3 comments:

How much gold do you usually find in an outing?

How often do you go prospecting?

Where do you think gold prices will be end of 2012?